LEGALLY BETTING ON FOOTBALL IN THE UK IN 2023

If you're from Great Britain, then you're already fully aware of the fuss made about football every season. The Premier League and its teams are more like religions than mere football clubs. Fans flock, fight and fumble over one another to cheer their clubs on to victory. Oftentimes, this also includes wagering big money on games. Although the population is only 64 million, billions of dollars (GBP equivalent, of course) change hands every year through legal soccer betting. Are these citizens risking any legal ramifications by placing so many wagers on football matches?

IS BETTING ON FOOTBALL LEGAL IN THE UK AS OF 2023?

Is legal UK soccer betting the same maze that US betting is? Luckily for the British, the UK is actually quite accepting regarding online or remote gambling, particularly when it comes to sports betting. This means that UK players don't face the same challenges that Americans face in their search for legal USA soccer betting. Part of this is the nation being more progressive than some, but part of it is the nation being pragmatic. UK authorities know and understand their citizenry's obsession with football. Even if the act of gambling were illegal, officials understand that citizens would still gamble. So, rather than prohibiting soccer betting altogether, which would be fruitless and tie up the legal system, the UK government has instead decided to regulate the activity. In other words, it is legal. You can learn more about specific UK gambling laws from our page dedicated to UK soccer betting laws.

As part of the Department for Culture, soccer betting in the UK is regulated by the UK Gambling Commission. The UK has actually allowed for such wagers since 1960, but they revamped their legislation a few years ago due to the increasing traffic via Internet sportsbooks. Today, if an individual wishes to place a bet on their favorite football club, they can choose to do so online, or they can actually locate a live betting house with a real bookmaker. The choice is up to the individual citizen, and numbers suggest most citizens choose the online route. Online sportsbooks are huge in the UK, with a range of sites offering services specifically for football, which include a wide range of betting options from predicting outcomes and pool play to live betting options and prop wagers.

Each of these sportsbooks are legally licensed and offer fantastic bonuses for UK residents who sign up and make a real money deposit. 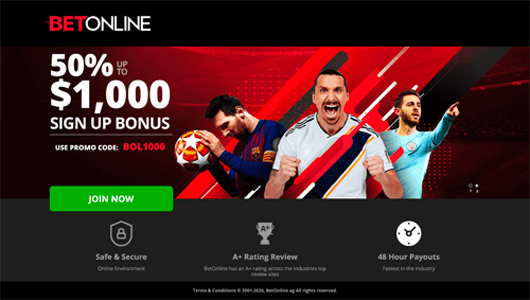 BetOnline accepts players from the UK, and offers a fantastic range of soccer betting lines to properly satisfy bettors across the pond. Due to the gambling friendly laws in Europe, the banking suite at BetOnline and other UK friendly sportsbooks is full of convenient and reliable deposit methods for funding your online soccer betting. They offer a 25% match bonus up to $1000 on all deposits for life! 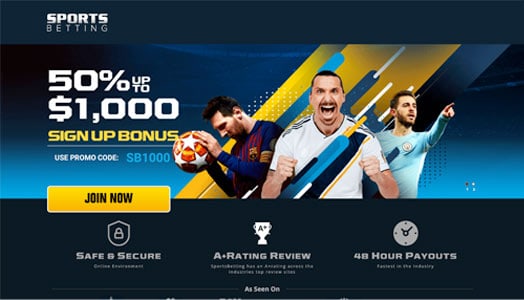 SportsBetting.ag is anotehr UK friendly betting desintation that offers superb options for bettiing on soccer. All players get a 25% match bonus up to $1000 on all deposits for the life of your account. This is something you will not come across from any other sportsbook sites. They are licensed out of Panama City, Panama and are white listed by the UK Gambling Commission.

Bookmaker is a household name among both UK and US players. They have been in the business since 1997 and they have become industry experts hands down. They are currently offering a 100% match bonus up to $300 on your first deposit, and have a really impressive range of betting lines, wagering optoins and live betting options, as well as a mobile sports betting option.

ARE THERE ANY KEY DIFFERENCES IN THE GAMES?

If you're from the United States looking at soccer in the UK, or vice versa, you might be wondering whether or not the games are at all dissimilar. After all, the seasons for each respective country do not have that much overlap. Plus, comparing by popularity, MLS matches are like junior varsity games whereas Premier League matches are like true professional sporting events. It's not even close. So, this leads a lot of American gamblers to hop across the pond, as it were, to bet on PL matches played throughout the UK, and even other Champions League matches played throughout Europe, which are also incredibly popular.

A big issue that may arise here, of course, is the possibility of games being different. While America and Great Britain might have different names for the sport, they're actually played fairly identically to one another. Some may argue about which country has the better athletes, the more fast-paced play, and hard statistics show which leagues score more points, but in terms of rules, game structure and betting lines, the games are identical. So if you're an American soccer fan who's looking to place a bet on Chelsea and Arsenal, rest assured that the structure is the same. You won't be lost in the woods just because the leagues are different.

If the games were not played nearly identical, World Cup events would be too chaotic to even hold. Each nation would have to learn new ways to play, new methods of scoring, and other odds and ends to be able to compete. Soccer (or football, if you'd prefer) is called the universal game for a reason. Whether it's somewhere in Cuba, a small town in the UK, or an old island in Greece, the game is the same. The biggest difference is in the legality of the betting from one country to the next. Visit our section on soccer betting laws for legality information concerning each region.